The Slow Motion Decline of the BBC 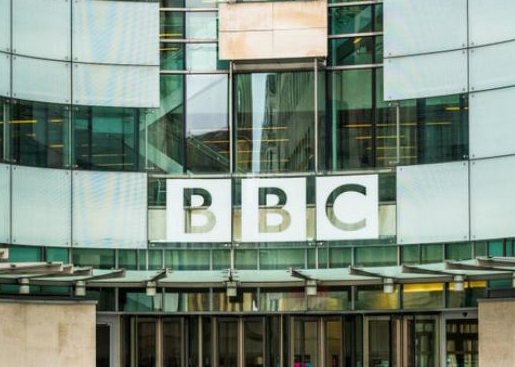 Things like Sky, fast internet and the arrival of streaming services have helped to speed up the glacial decline of the BBC,

but it is also true to say that the British Broadcasting Corporation has played a key roll in its own shrinking fortunes.

From unnecessarily over paying its "talent" to turning a blind eye to scandals until the scandal overtook them as was the case of Jimmy Saville.

Or wasting money sending an helicopter and camera over Cliff Richard's house and getting ultimately sued once the star was cleared of all scurrilous accusations.

Of course BBC can not compete with the the likes of Netflix spending power, but they keep making bad decisions that make their situation and viewer numbers shrink ever further.

Once upon a time the reputation for honesty, fairness and objective reporting the news was the envy of the world, but now as the mandarins cower behind their leather chairs

the decision making when it comes to choice of stories, and number of stories has fallen to former Sky News employees.  People who resent and deflect complaints by going through the motions no matter how sustained and numerous those complaints are.

Hard to tell whom within the organisation decides to go softly softly in their reporting of recent Conservative governments and extremely harsh when interviewing Labour or other opposition politicians.  To the point of hand picking a Tory biased audience for Thursday's Question Time, the current affairs show, or more recently shouting down former Question Time presenter David Dimbleby on the One Show BBC 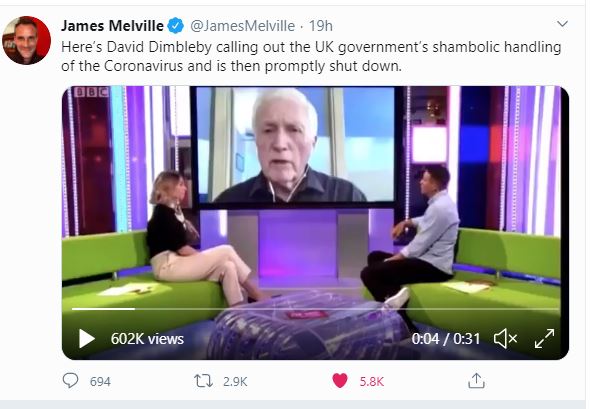 The delicious irony of course is that at the same time Auntie Beeb is pleading UK viewers to support it and help fend of the plans by some Tory MP's to remove the licence fee (we play) that keeps it afloat.

In the past 4 years the BBC News organisation seems to have become obsessed with the America President  often at the exclusion of British news. I'm unsure whether this is a deliberate tactic to deflect from the continuous screw-up and U-turns made by UK's Conservative government, after all we'd all prefer to laugh at someone else's inept leader wouldn't we?

These days if I want to know what is going in News, both in all parts of the UK and the world I go to the BBC website, which still at the moment (October 2020) for the most parts an excellent source for factual news. The website too still avoids any in-depth criticism of the Conservative government, but it too seems to be tainted by bias against the Labour party, which after all gave us the NHS and many other things we now take for granted. The bias got so bad by some of their reporters in the run up the last December election they were taken to task by Ofcom (UK's communications regulator).

In the future the UK, what is left of it after the selfish supposed Conservative & Unionist party have finally left office, we need a completely revamped BBC, but even the name is now sullied.  So I suggest the name should be Public Broadcast Company owned by the public, funded directly by the taxpayer that the sole remit is to report the news without fear or favour. This would include investigative documentaries and current affairs programs that have a live audience.

The news department would have no Washington junkets or similar that allow large numbers of reporters and crews to spend weeks in a place reporting things like the US elections. Things like beyond 100 days is not needed when their is far more important issues that need reporting from the UK. By all means report the result of the US election, the day after the vote (as it used to be).  There are lots of meaningful UK wide stories you can find on the BBC News website that never see the light of day on the rolling 24 hour News program.

The BBC has totally lost its way and ignores its own charter and we the people should press the big Red Button for a complete reset.