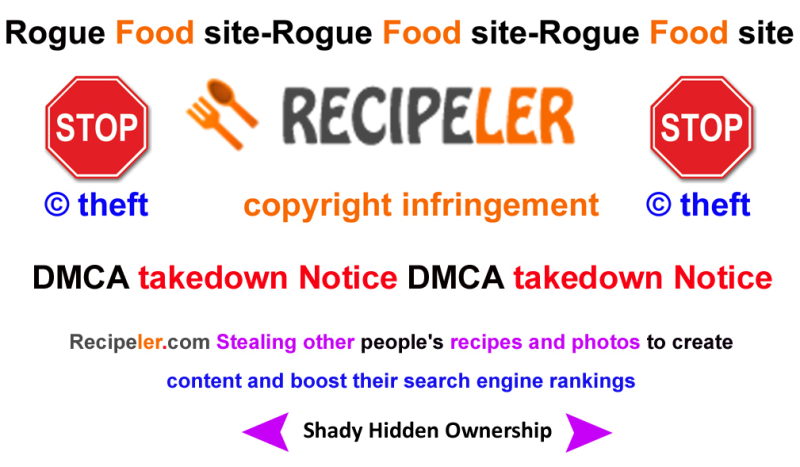 A few posts back it seems I could both make a point and be humorous, but at the moment it is hard to raise even a rye smile particularly when talking about the internet.

The internet has brought the possibility of worldwide communication, the chance for an oppressed people to tell their story to the world, for small businesses to sell their products/ services around the globe and for wrongdoers to be exposed.

For most of us the workings of the internet is a mystery, but just like owning a car we shouldn't have to be a mechanic to take advantage of the benefits.  But unfortunately at the moment, unscrupulous people are stealing from us left right and centre and we need to fight back!

Continue to steal my photos and recipes and post it on their own sites; they do this first and foremost because it boosts their own search engine rankings, and because they think you won't notice.  In September 2017 I wrote about the theft I suffered from a website called The Black Pudding Club http://grumpyoldmen.typepad.com/grumpyoldmen/2017/09/the-black-pudding-club-theft.html  Currently, I am fighting with a rogue food site called recipeler.com

As far as I can tell all of the content on the food site called recipeler.com is content they have stolen from search engine results.  I'm not talking a few dozen recipes but a few hundred recipes, taken from sites like All Recipes without their knowledge or permission. A few of my high ranking photos were also taken and posted on this rogue site without my permission.

Although theft like this has now happened to me many times, it still doesn't make it any easier to take, I feel violated as if someone has robbed my house.  My copyrighted recipes and photos help me to get work, as such I defend them fiercely.

I don't just blame the individuals that steal my stuff, I also blame the big players like Google and other search engines that make it so easy to illegally copy other people's property. Both Google and Facebook make billions of dollars selling adverts, but this is only possible because of the content we (all of us) create.  Without that daily tide of content, the world would not be watching and reading those ads.  Google and Facebook should be protecting our content against theft, if for no other reason than to protect its own financial interests, but that is not the case at the moment, so lawmakers need to step in and force them to do the right thing.

I found out the other day that Google+ Tumblr and Twitter are selling access to our data to third party companies such as compute.info

Haven't any lessons been learnt from the Cambridge Analytical scandal?   The leader of the Liberal Democrats, Vince Cable said, "People should be "empowered" to sell their own

data if they want to, to share in the profits of technological advances." He continued to say "data was "the new oil" yet people were happy to give it up for free."

As the internet has grown up and become more sophisticated so have the tools and methods to aid the theft.  In complicated situations, you can have several different companies that host a site or a conduit in the process.  Like other shady websites, recipeler.com do all they can to hide who owns them and what company has been used to host the site.

Recipeler has no contact information on their site, none whatsoever, which is always a bad sign about the honesty and intent of a website or blog.  So I'm forced to spend time trying to track that information down.  At the moment I am still sending emails off to verify which hosting company Recipeler uses, but I am close very close.

Here are a couple of Screenshots of my stolen photos on Recipeler.com 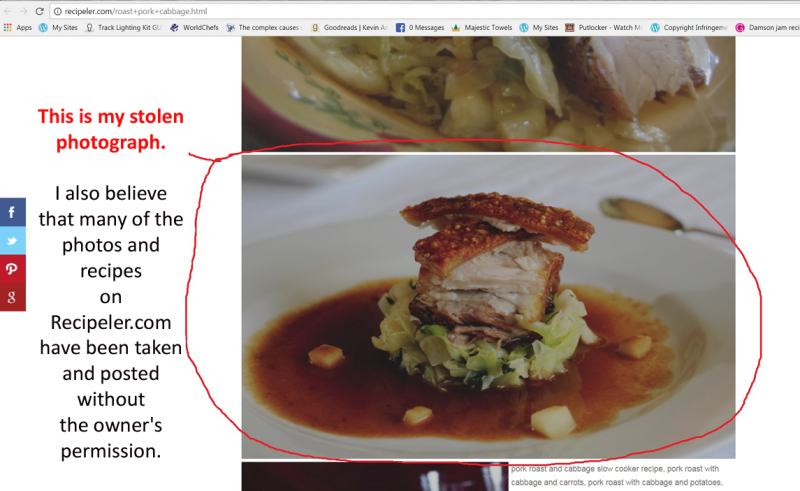 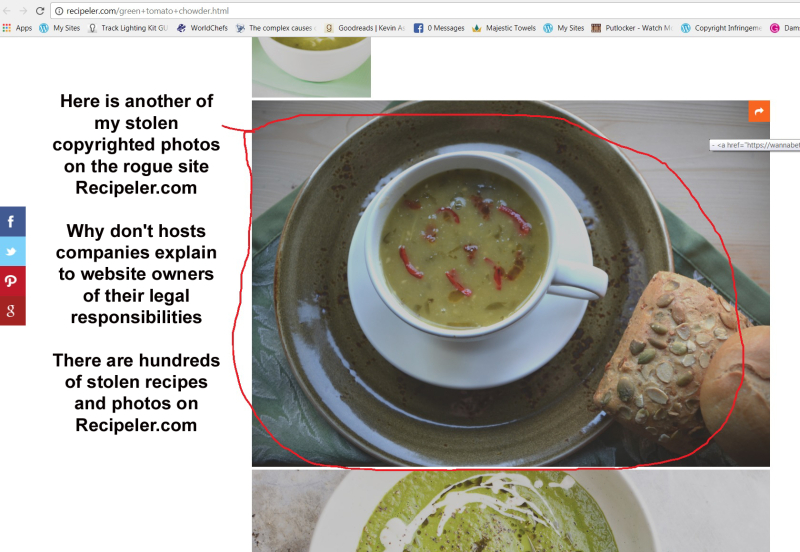 Here are links to my original recipes

As part of my fightback, I have begun to contact other websites that have had recipes stolen to make them aware of the illegal behaviour of recipeler.com

I will update this post as I uncover who is the host company and their response to the outrageous theft by recipeler.com

Great article! It's important to keep raisling awareness of this growing issue.