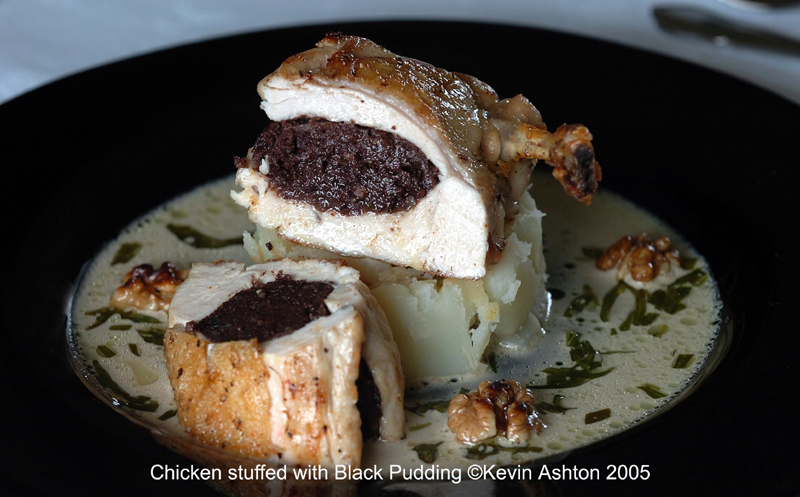 It seems that every year I have to fight hard to defend my recipes and photos from unscrupulous bloggers that think it is fine to cut and paste one of my recipes onto their site.

Climbing up the Google rankings is a slow process if you are a new site; however, if you are unscrupulous you can copy and paste say 20-30 of the top black pudding recipes, and suddenly your site is now in the nosebleed section of Google page1. Having gotten onto google page 1 using other people's work, the site can now get organic traffic because most people will click on a link from page 1.  Which of course helps to keep them on page 1 and makes the selling of adverts possible.

If a piece of work has been copyrighted then it should NOT be used without the owner's permission, period!!

Making lame excuses saying that they credited me as the author and my blog as the source, is not good enough by a country mile.

Why should they gain google ranking benefit and possibly money (by selling Google Ads) from stealing my work? Just because a recipe on the internet is less physical than a car doesn't make it okay, in fact, it's worse because at the moment too much theft like this goes on, and perpetrators are shocked when you call them thieves.

The Culprit is a site called Blackpudding.club

They have lots of black pudding recipes from popular sites, some without permission, including one of mine they posted in January 2017.

Here is the recipe that was taken without my permission:  Chicken Stuffed with Black Pudding © Kevin Ashton 2005

I did not realise this theft until September, so they benefitted from my high Google ranking for 8 months!  I wrote to the site. also to the facebook page and here is what I said and their reply: 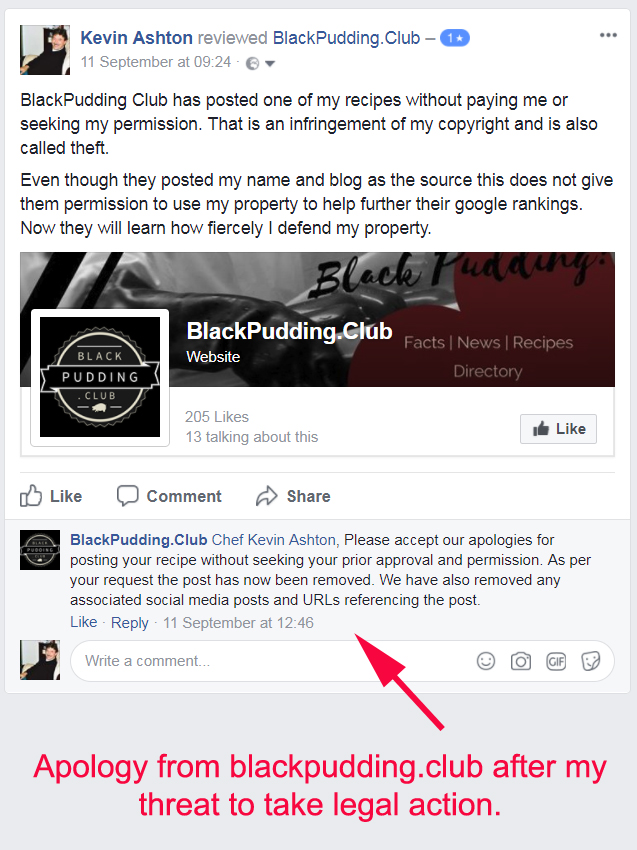 It has often been my experience (when plagiarised) that the perpetrators hide their identity, as was the case with the blackpudding.club.

Even when they wrote to me via email they signed it  'Club Secretary', which just shows their desire to stay in the shadows.

The Damage caused by the theft

Even after the plagiarised (stolen) work is taken down, it takes weeks, sometimes months for the original recipe and photograph to regain the search engine ranking it had.

This sort of illegal behaviour goes on a lot but at the moment; the internet stakeholders (internet providers, search engines and social media) don't do enough to remind users what a breach of copyright is and remind them that using other people's property without permission is theft, plain and simple.

Links from my plagiarised recipe and photo were still linked back to this wretched blackpudding.club 7 days later on Bing, AOL, DuckDuckGo, MetaCrawler, Yahoo, here are just 2 examples. 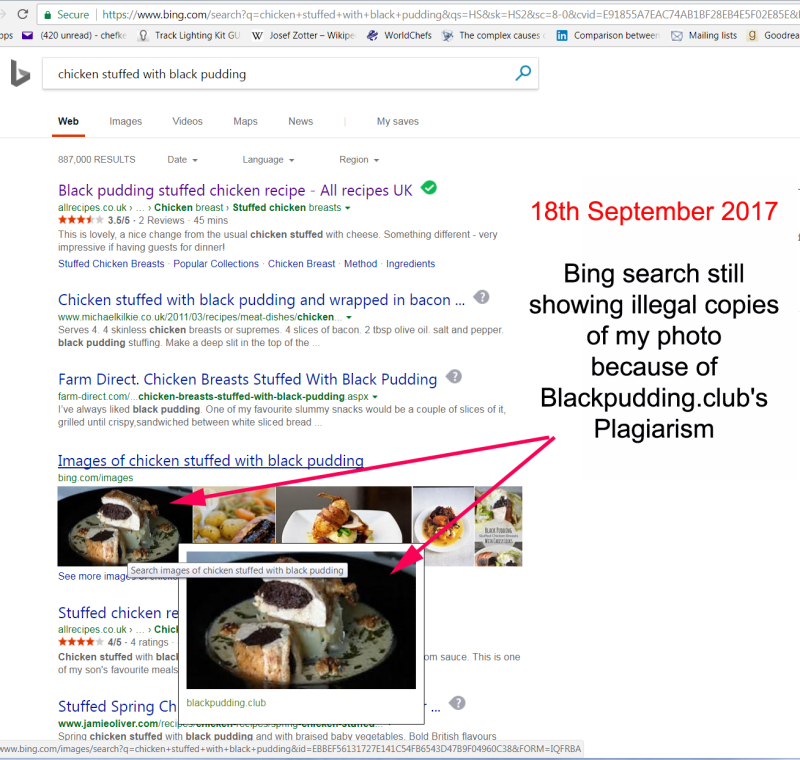 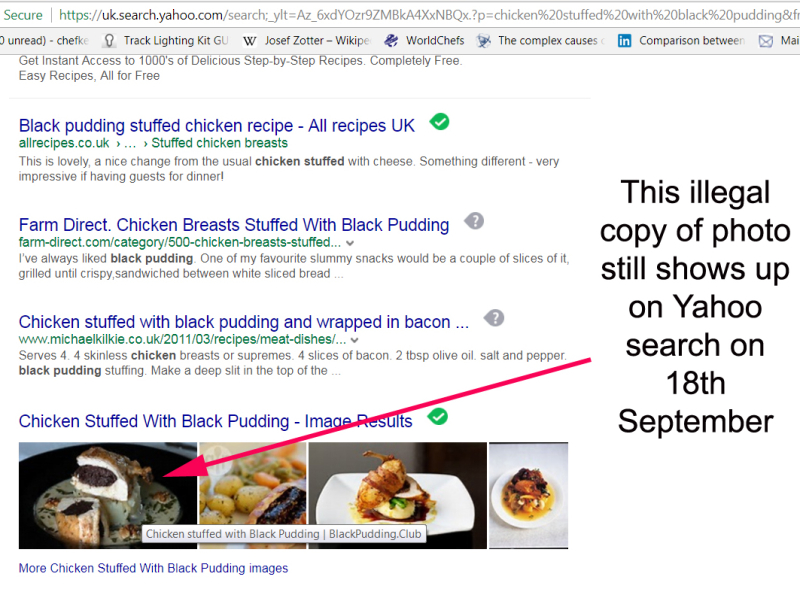 Right now, on the internet, you have to be ready and able to defend yourself and make them wish they had never plagiarised your work.

Tools To Defend Yourself