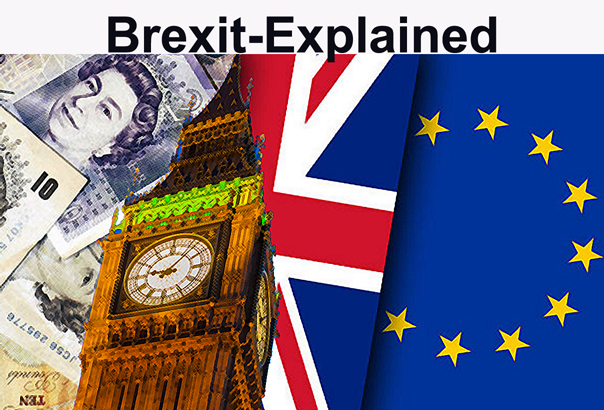 We at Grumpy Old Men decided we should give the outside world an idea of why Britain voted to leave the E U.

We signed the papers to join the EU (which was called the Common Market) back in  1972 and we became official members on January 1st, 1973. Back then it consisted of France,Germany, Spain, Holland, Belgium, Denmark, Ireland, Luxembourg and ourselves Great Britain.  Our attempts to join were not straight forward or short. We had in fact applied to join back in 1961, but our attempt to join was vetoed by French President Charles de Gaulle. This was the same Charles de Gaulle the British had sheltered during the Second World War and helped to rebuild and equip his French army (who had also been also exiled to Britain).

The Common Market was supposed to be a free trade block that would give British exports easier access to European markets, which it did.

But gradually, the idea of  having a European parliament and an ever closer union began to take shape. Historically this diametrically opposed our fierce feelings of independence.  All through our time in the EU, most people could see the benefits, but also the growing negatives of membership.

As the Common market enlarged and the move towards having a European Parliment, Germany and France exerted more and more influence on important decisions and the directions the EU moved in. European laws: the European (supreme) court began more and more to supersede the UK's own laws and wishes.  It seemed to many if France or Germany did not back an idea, then it did not move forward.

Belonging did not benefit the workers

If you look into the touted benefits of belonging to the EU most of them benefit businesses rather than the workers.

Many industries now have layers of new Health and Safety regulations, some are good but many are an example of bureaucracy gone mad.  To me, the litmus test the EU should be judged by is: are all of the people of the UK better off than before joining?  The answer is complex but in short, for most lower-paid workers, the answer is a resounding NO.

The free movement of people allowed British companies to hire people from the former Eastern block countries at lower wages, resulting in wages being kept low. Additionally, whenever the EU created laws to improve the working conditions many industries such as catering managed to lobby the European/British governments so they could opt out. In the last 30 years, protection of workers rights to sue for wrongful dismissal has diminished not grown.      Workers are often hired on much longer trial (probationary) periods than 30 years ago and can be dismissed without explanation.  Just like the rust belt of the USA,  whole swaths of the Midlands and Northern UK, heavy industry was allowed to go bust due to globalisation, but high paid jobs were replaced with low paid jobs.

In 1999 a type of work grew up called zero hours contracts, it was touted as a way protect casual workers and their rights, to give them flexible working hours but in fact, it has had the opposite effect.  Large companies used it to cut their payroll costs, often calling in workers at the last minute to cover shifts, even making then clock out before they went through security checks after finishing work. Sports Direct have abused it to such an extent that the owner Mike Ashley was called in front of a parliamentary committee. Once again the EU didn't protect UK workers from this abuse, so from the point of view of a British worker what is the point of EU membership?

Some in Britain who wished to remain in Europe said that people who voted to leave were racists, but that couldn't be further from the truth.  In my lifetime, for the most part, the United Kingdom has grown and progressed into a multicultural and tolerant society.

The issue of Immigration was never about Polish people or others coming to the UK for a better life, we all understand the urge to improve and create a better life for ourselves and our families. But UK businesses used this to drive wages lower and keep them low. Another fundamental part of this thorny issue is services like Hospitals and medical facilities.  If you allow an extra 3.3 million people to live in the UK then the government needs to build more Hospitals rather than close some down.

Throughout history, immigration to any country can become a more difficult question during downturns in the economy such as the Financial crash of 2008.  Since the crash, the Tory government has chosen to tighten capital spending rather than build or renew infrastructure, despite interest rates being at a record low.

When other poorer countries have joined the EU, all of those countries use English as a second language so it is understandable this has fueled the desire to work in the UK, because from their point of view UK wages are higher than the wages in their own countries.

The free movement of people to work and live within the EU has become a cornerstone of EU policy but frankly, it is one made without thought for the future.  Britain is half the size of France but has roughly the same size of population (64Mill UK) (66Mill Fr) so when France's population reaches 132million then perhaps it too might start to wish for immigration limits.

UK citizens have had benefits of being able to work more easily in other EU countries, cheaper travel, easier travel (at least before 9/11).  Quite a few better off Brits have been able to buy second homes in France, Spain etc because of being members. Socially, I think it has been good up to a point of cultural integration and understanding.  It is argued that food prices have come down (in relative terms) due to our membership but since I can also buy many non-EU foodstuffs cheaper I think that is also down to globalisation. Often things in life have a balance and when that balance falls out of kilter it will cause a reaction.

Many people, particularly in the southern wealthier part of the UK were shocked at the result of the referendum, and some continue to  be churlish about it like a petulant child.  European leaders were perhaps shocked even more so, never dreaming anyone would wish to leave the "club".  Perhaps if they had understood this they might have offered some meaningful concessions to keep the UK in the EU.

If you were to talk to most UK voters who wished to remain in the EU and ask them did they wish to be part of an integrated United States of Europe, most would say NO;  when pressed for an explanation of how we could achieve remaining in the EU and  avoid the move towards a federal state they never offer any suggestion of how this could be done?

I suspect in the end leaving will create a long needed debate between the remaining countries, as to the future direction of the EU and whether it should become a looser trading block or a federal United States of Europe.  I hope the divorce is done in a reasonable way, though I doubt it, after all, we are talking about politicians.

Keeping our sense of Humour or Humor

Just to show we at Grumpy Old Men can lead by example and show we still have our sense of humour..........

During my recent trip to Austria, I visited a well known Schnapps and fine vinegar maker called Gölles. During our private guided tour (by the owner's son), I was shown a room full of oak barrels and told for some years that they had been making and maturing whisky. Rather than join the growing number of Austrian single malt whisky producers Gölles made 5 separate whiskies from corn, rye, barley, wheat and spelt and when mature blended them together. Deciding to go in a fundamentally different direction than the rest, what else could they call their Whiskey other than Brexit! 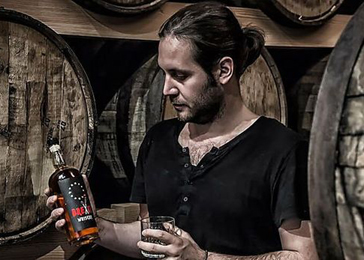