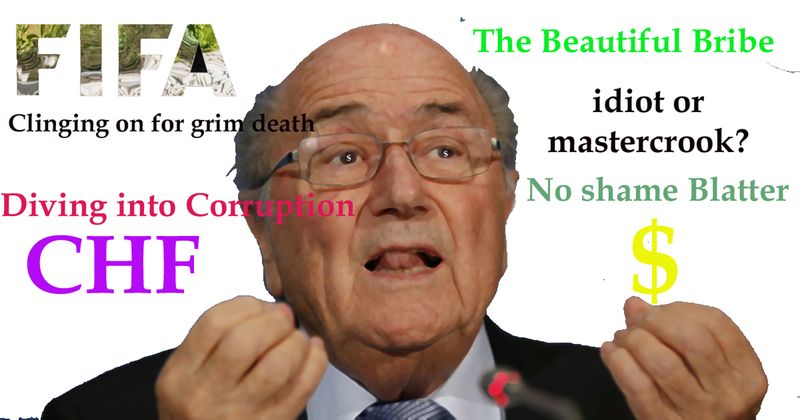 Out of blue (or so it seems at the moment) Blatter ups and resigns.

The Houdini of FIFA

I cannot think of anyone , be it a politician, despot leader, religious zealot, president or  megalomaniac  who in my lifetime has faced down his foes and beaten them all soundly time and again.

Joseph S. Blatter, commonly known as Sepp Blatter has once again shown the world he is the greatest escape artist since Harry Houdini.

Time and time again football rivals, political leaders, ex-professional  footballers have all tried to get rid of him and yet he still survives.  I would venture to suggest that most of his time now must be spent shredding old files to prevent the trail leading back to him.

Over the 16-17 years of his leadership of Fifa, no other sporting authority has had more scandals.

But someone, maybe one of his three former wives should have told him to quit while he is ahead and at least admired in parts of Africa and Asia.  I predict this will all end in tears for the beautiful game and for Mr Blatter.

Thankfully now, EUFA doesn't need to choose the nuclear option for the sake of the game and withdraw from the 2018 World Cup.  But what comes next?  A clearout, prosecution  of the FIFA officials involved of course but should we call for the bidding process  to be re-run? 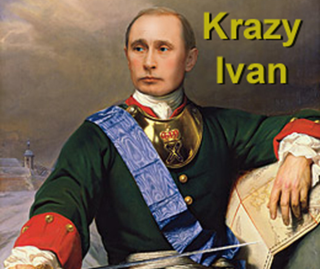 Putin the boot in

Of course, if we did, Qatar would probably find a way to hike back up the oil prices, and hold the remaining foreign builder's hostage and threaten not to pay them (oh hang on a minute...they already do that).

And then there is everyone's loveable macho man President Putin or Krazy Ivan as I prefer to call him.  If the 2018 bidding process was re-run then don't be surprised if Putin marches tanks and troops into FIFA headquarters and declare that FIFA is now a part of the Russian motherland and start kicking out foreigners. I know this sounds like wild speculation on the part of the press, but who would have thought just 24 hours ago that Blatter would take a dive?

Can the FBI save us?

I guess even more hope is now piled onto FBI to save us and find evidence that leads to the very top and clearly shows the 2018 and 2022 bids were bought.  In the meantime, if I was Blatter I wouldn't accept any invitations to take Afternoon Tea  with anyone from the Russian FA.

And now for something completely different

Just like the Monty Python name, don't expect an organisation so corrupt as FIFA to become squeaky clean after Blatter, too many people will think it is" business as usual"

Just like the cronies and despots of the UK banking world, they will continue to feed at the trough of corruption until the world collectively says no, and enough people go to jail.

Just like Jimmy Saville, Blatter for the longest time must have been convinced that he was untouchable.  If only someone had set the FBI on Saville 15 years ago whilst the so-called UK great and the good turned a blind eye.

Posted at 01:44 AM in Current Affairs, Irreverent humour | Permalink | Comments (0)