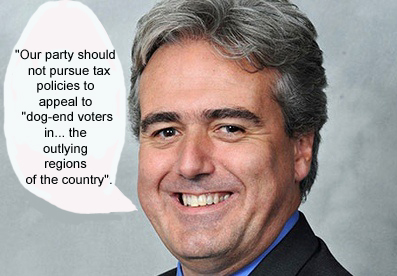 All my life I have wondered how the Tories ever get elected, in my mother's youth employers would demand their employees vote Conservative or lose their jobs.  Even the recent Cambridge educated Labour politicians seem to be embarrassed about their roots.  Must we always forget the lessons of the past?

My local MP Mark Garnier was caught in a recording, saying a stronger offering should be given to Conservative supporters. “We need to be giving a much clearer message to them that they don’t have to worry about politicians mucking around with tax rates in order to try and attract a few dog-end voters in the outlying regions of the country.”

Here is a link to the full story

Garnier was born in London in 1963. He was educated at Charterhouse School. In 1981 he joined the London Stock Exchange as a junior clerk on the Gilts Markets. In 1986 he left to join a succession of investment banks, working in the Far East Equity markets. His occupation prior to becoming an MP was a Fund Manager. He set up his own investment company from 1999. But for all of his top-flight education and making lots of money as an Investment Banker, it seems that humility and valuing all the voters is something he has failed to learn.

Once again, the arrogance of this current unpleasant batch of Conservative MP's seems to know no limits.

Garnier's gaffe follows hot on the heels of Former Cabinet Minister, David Mellor, who was questioned by police after claims he launched into a racist rant at a security guard. 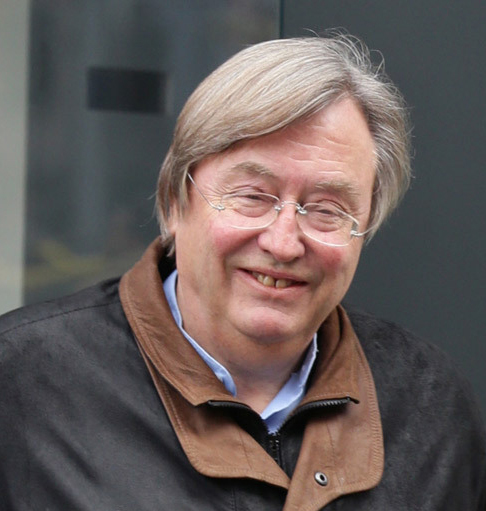 The former Conservative MP, who is now a broadcaster, was accused of swearing at a Polish worker outside his house in east London, before getting into a row with the man’s Nepalese boss over the phone.

It was claimed the barrister launched a torrent of abuse at the pair after accusing a security guard of failing to do his job properly.

Mr Mellor was accused of criticising the men’s English, an allegation that he is understood to have strongly denied.

Mr Mellor, 65, who last week was forced to apologise after a recording emerged of him abusing a cab driver in London, was questioned by police earlier this year on suspicion of a racially aggravated offence, but no further action was taken.

Of course then there is the story of Plebgate which resurfaced in the last few days when former cabinet minister Andrew Mitchell lost his high court libel case when the judge came to the conclusion it was highly likely that Mr Mitchel called the police officer "a fucking pleb" when the officer told him he could not cycle through the main gate at Downing Street.

In 2011, Liam Fox resigned after details of his friendship with lobbyist Adam Werrity became public. Fox allowed Werrity to live rent-free in his taxpayer-funded London flat, while questions were raised about Werrity’s defence-based business interests, telling people he was an advisor to Fox and making introductions to the minister.

Similarly, Conservative party co-treasurer Peter Cruddas was forced to quit in 2012 after offering access to the PM in exchange for a £250,000 donation to the party.

In 2010, it was discovered his former parliamentary assistant had been given a civil service job. The assistant was the daughter of a Conservative life peer who had also been the director of Hunt’s company.

·         Again in 2012, close links were discovered between his office and Rupert Murdoch’s company News Corporation. Hunt, at the time, was handling the company’s bid to take over BSkyB. It was found Hunt and his advisors had communicated sensitive information to Murdoch.

The Tories aren't the only political party with bad and egotistical memebers but this current bunch leave many appalled at their unbridled arrogance and attitude that it is their birthright to rule the unwashed masses.  This has come about in part by the shrinking number of UK citizens who turn out to vote which was 65.1% at the last General Election in 2010.

On A Personal Note

Several years ago by default, I ended co-ordinating the handing in of a petition to Mark Garnier that was organised by 38degrees. On the day about 12 people from all walks of life and all political persuasions turned up to help hand in the petition.  On seeing such a large group in Mr Gardier's suite of offices he refused to meet with all of us (obviously blue rinse tory supporters amongst our throng were menacing).

After his refusal, he negotiated through me and I went back and forth and then he accused me of being a rabble-rouser because I felt we all had a right to speak with our local member of parliament.

It's okay to be pro-business but that doesn't have to be at the expensive of ordinary law-abiding people.

Labour, has so many times been wrongly accused of causing our huge deficit but the real cause of this financial mess are the reckless bankers who brought down the banks and caused the then Labour government to bale out the banks.  The only two things Labour should hold their heads in shame about is the fact they didn't tighten up the banking regulations (to pre Maggie Thatcher levels) and that they didn't bring the police in to investigate and prosecute the cowboy bankers, as did the US government where some bankers went to jail for years!

And it is because of this "letting them off the hook" that the banking world continued with their business as usual so we ended up with PPI, Libor and currency rigging which has cost the banks and ultimately us Billions.