The Weight of a Nation 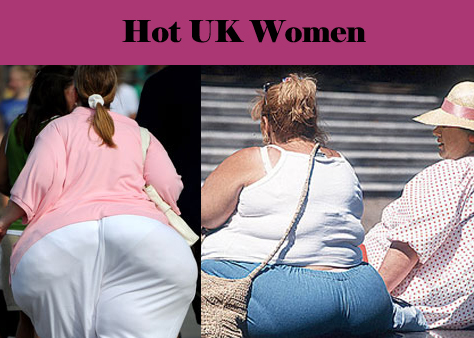 Although dating is not the most pressing issue in my life, I would like to have a meaningful long-term relationship.   But therein lies the rub, or should I say the sub?

It seems that in the last ten or fifteen years a large proportion of British females have become overweight, many actually morbidly obese.  The chances are that if I date someone from my own age group..... she will be overweight, have a few (now) wrinkly tattoos and hate men due to past experiences. (shudder)

Almost one in five pregnant women in the UK is clinically obese. Some health authorities have given up on the birthing pool and hired the swimming baths.  Many new mums never lose that excess weight and afterwards their bad examples of living off junk food is passed onto their kids.

Soda…….a tin of coke has 17 teaspoons of sugar plus all the alcopops drunk by our teenage women.

It was reported in 2011 that UK women are more likely than men to weigh over 30st (which is 420lb for my American readers) a study says.  The shock statistic emerged as our women were revealed to be the fattest in any major nation across western Europe.  The average British female has ballooned since 1980. Experts have blamed ready meals, takeaways and driving instead of walking.  Average body mass index, a fat measurement based on height and weight, is 26.9.This is classed as seriously overweight and well above women in Italy, France and Greece.

Rather than face the health threat reality of their situation overweight mommas have begun using terms like… Big and Beautiful, Curvacious, Curvy, Thick, Ample to describe themselves on dating sites.   Often on their profile, they will complain that their last boyfriend lost interest in them (sob)…..I can’t imagine why, can you?   Some of these self-indulgent gluttons have gone so far as to call some of my slim female friends “anorexic bitches”.

UK men should shoulder a large portion of the Blame

Mostly, men want a quiet life and therefore don’t turn around to their wives or girlfriends and threaten to withhold sex unless their loved ones lose weight.    Let’s face it from a blokes point of view free sex is still free sex even if you have to think of say “Goal of the Month”  at the critical moment.

The War for hearts and minds
The obesity rate in England has doubled since 1980, but some people like Celebrity chef Jamie Oliver continue the fight knowing eating habits are formed in childhood.  His 2004 initiative to bring smart eating and cooking instruction to schools has helped improve childhood obesity rates, James said, though adult stats remain stubbornly high. There are some success stories in some schools.  A recent survey showed that 19 percent of boys and 20 percent of girls ate at least five daily portions of fruit and vegetables in 2008, compared to 10 and 13 percent just four years earlier. 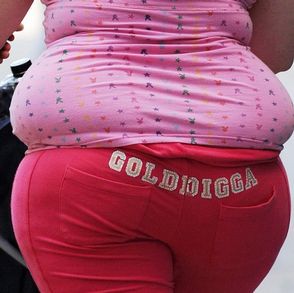 The evil Triumvirate of the 80's

From a historical point of view, the UK problems with obesity took off in the 80's because of 3 factors.  First Margaret Thatcher changed a law which stated that school meals needed to meet a minimum nutritional standard.  She did this in the 1980 education act to make the sell-off of school dinners possible and the result was school kitchen staffs were slashed (fired) as more convenience foods such as Turkey Twizzlers were brought in.  Some schools in their wisdom (not) completely threw away their in-house kitchens and got their school meals brought in (yum!).

Secondly, about the same time fast food chains like McDonalds and others came flooding into the UK.  In response, many UK restaurants and hotels (even nice ones) felt compelled to fight fast food with.......fast food ! So the kiddie menu was born and I then witnessed parents eating wonderful fresh foods but demanding chicken nuggets (chemicals and all) for their blessed offspring?

The third part of this evil plan was well meant...I think?   Someone in the current Tory government decided to end the teaching of Domestic science in schools, instead it was replaced with Food technology (an evil concoction of Technical drawing, food manufacturing and ??)   The intention was I think to show working class people that UK schools had moved into the age of technology, but ask anyone who took the subject what did they learn and they will tell you they learned how to make a pizza box but not the pizza. Now for those who don't know Domestic science was the teaching of basic cooking skills which had many benefits, particularly if you came from a family who didn't cook ....this was a chance to break that cycle.  To teach children the value and cost saving of cooking for yourself, not to mention the health benefits.     So here we are 30 years on with health consequences of these stupid ill-thought-out policies, to save a little money only to cost taxpayers billions today.

On a more humorous note

Are fat people adding to the problem of Global Warming?

Further compounding the problem, say the scientists, is that overweight people are more likely to drive than walk causing an increase in CO2 gases in our atmosphere.

The study by Dr Edwards and colleague Ian Roberts is published in the International Journal of Epidemiology.    Dr Edwards went on: “We are not just pointing the finger at fat people. All populations are getting fatter and it has an impact on the environment.

Supersized Sodas in the USA

Recently, soda companies fought and defeated attempts by local lawmakers to limit the size their drinks can be sold in.  The decision of a New York State court to throw out a proposed ban on super-sized soft drinks has laid bare an unlikely web of alliances between major beverage manufacturers and civil rights campaigners, health advocates and community service organisations.

Groups including the National Association for the Advancement of Colored People (NAACP) and the Hispanic Federation (a coalition of Hispanic service agencies in the New York area) supported major soft drink companies including Pepsi and Coca-Cola when they successfully fought off an effort by New York Mayor Michael Bloomberg to limit the size of soft drink serves to 16 ounces (450 millilitres) at restaurants, theatres and food carts.  So you can still buy a 64 oz (which is over 3 UK pints in size) in many places, but it’s their God given right to ignore common sense! 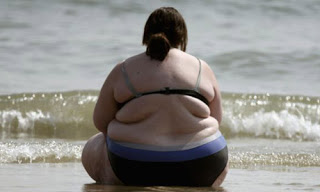 Personally, I blame the whole obesity issue on my late mother, well at least the UK portion of it.

You see if she hadn’t stopped me and my twin brother from yelling “There she blows” whenever we saw fat women in the cake or chocolate aisle (when we were kids) none of this would have happened.