Home Archives Profile Subscribe
Rich Tory Toffs Are At It Again!
Lets Make this Song A Number 1 hit across the World!

The Seeds of Revolution? 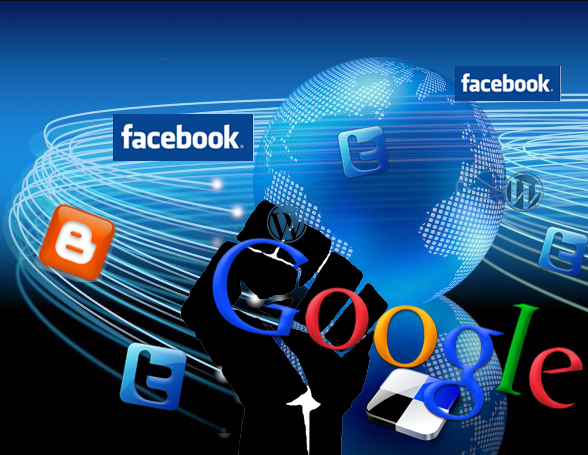 This Illustration is based on art work from a site called Energise 2.0 and used here with their kind permission

The Seeds Of Revolution?

Even writing the word revolution seems overly dramatic, but is the oldest democracy in the world heading for major change?

It seems that successful online groups like 38 degrees have given the down trodden masses of the UK a glimmer of hope that their voice and vote count for more than just lip service.

Added to the mix we now have direct actions groups like UK Uncut, who are equally good at organising the voice of protest against the continued excesses of the wealthy 1%  whilst the majority of us have to suffer swingging cuts in many areas of our lives.

Protesters armed with broadcast quality TV cameras give a whole dimension to the event,instead of relying on the traditional roles of just being the protester.  One particular group has taken this a step further and decided to gate crash black –tie events to embarrass those major companies who are seeking to avoid paying their fair share of taxes.

Calling themselves The Intruders they recently gate crashed a retirement party held for former top government tax man Dave Hartnett, who retired in July. The dinner was held at a "tax planning" conference in Oxford which cost £854.00 + VAT to attend.  The conference run by the aptly named Key Haven Publications, that  brings together accountants for the mega rich and multinational corporations to discuss, very explicitly, how to get away with paying as little tax as possible.  Mr Hartnett was also there as the invited guest speaker, strange as it may seem Dave Hartnett also happens to also be Whitehall's most wined and dined civil servant who would have thought it?

At the other end of the spectrum is a brave young solicitor named Osita Mba at HM Revenue & Customs who turned whistleblower to disclose that senior managers had quietly let off Goldman Sachs from paying millions of pounds in tax penalties.   Mr Mba is facing disciplinary procedures and possible prosecution for speaking out, instead of being rewarded for trying to save the country some money.

As always our politicians haven’t yet grasped this changing reality, which started in the UK with the expenses scandal and now seems to be gathering a head of steam.  They still seem to be operating with a "business as usual" mentality, lying and then lying some more to get out of it.

When we think of the power of the internet to free oppressed people, we never look at ourselves in the West.   But if you look at the movement born from the protests on Wall Street, carried through to the protesters outside St Paul’s in London things are moving.  The banking crisis has brought the world's finances to it's knees but still many in power seem unwilling to hold the guilty to account.

In both the USA and UK tax cheats be they corporate or a wealthy individual are being caught by the internet, which is shining a camera light into places it never could before by ordinary people like you and me.

Will the Mitt Romney’s of the world and his kind keep the status quo or is there a better way?

In my life time it seems we in the UK have gone from being treated with benevolent distain by the ruling classes, then came the Thatcher era when "greed is good" ethos was born (or reborn), to today where we have the naked arrogance of the current ruling Toffs, in avoiding taxes, carving up the NHS for their own profit, lying, cheating but never resigning because they have no shame.

The Liberal Democrats bless their cotton yellow socks, have been sold down the river by their Conservative partners, and yet are still too insipid and indecisive to do anything about it, so they pretend to themselves that "staying the course" is their only option.    The Labour party have to choose their battles wisely for fear of highlighting the incompetence they committed during their previous time in government when they pretended to be Tories.

I’m not sure where this movement will end up taking the country but I hope to a fairer less morally bankrupt place were people place more importance on family and our leaders start leading by example and stop trying to Con us.    Writing the first 3 letters of the Con servatives I wonder whether that is just a weird coincidence?

This is just the beginning