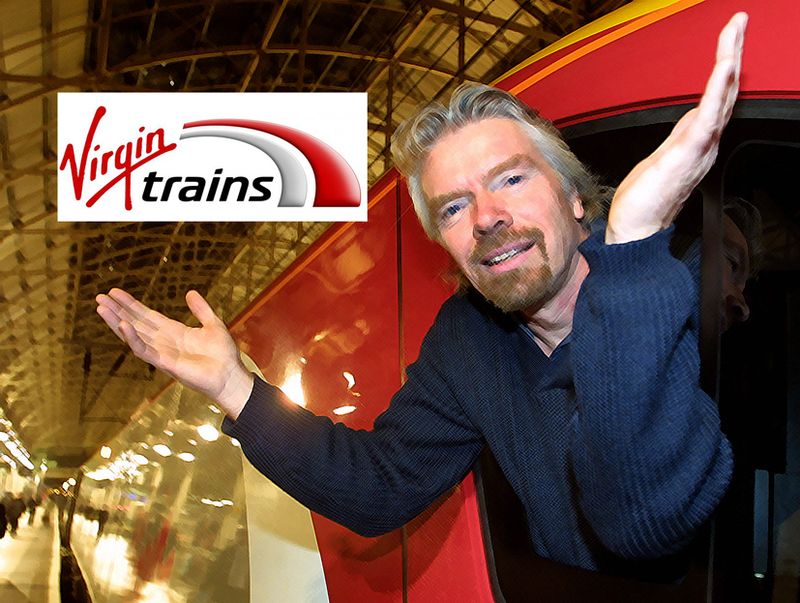 Like many other Brits, I admire Richard Branson for the way he has done business, and showed that you can treat customers well and be successful.  I also think for years members of the Tory party seem to stop Virgin whenever they got the chance i.e. the lottery and now taking back his train franchise. That said I will not be sorry to see Virgin lose their Train network because I have often thought it was a step too far.  By that I mean firstly that Virgin only part own Virgin Trains (partnered by Stagecoach) and I think this move watered down the Virgin ethos.

Out of all the Virgin products and services I have bought in the last 40 years travelling on his trains is not a good one, overcrowded trains and expensive tickets.

Now I am not saying anyone could have done it better or that this new company that is coming will either, I'm just saying how disappointed I have been on Virgin Trains compared to Virgin Planes.

Several years ago I complained about the smelly toilets on my frequent travels down to London from Birmingham.  Of course the company line was a fulsome apology and a £5 discount on my next ticket.  Trouble was that during the half a dozen trips I made around that period an employee on the train confided that the reason the toilets were now smelly is someone in the company had cut back the frequency that the chemical toilets were emptied to save money.

Fast forward to last weekend Sept 1-2nd 2012, I was up in Liverpool for the great Food and Drinks Festival and for one section of my return journey I was on a Virgin train.  Guess what, the toilets are still smelly due to this policy.   I'm sure when Sir Richard plans a train journey they amend their emptying schedule and with such a world wide umbrella of companies he can not be expected to keep up with the minutia of Virgin Trains....but maybe he should disguise himself and do a spot check.

P.S. even the BBC mentioned the smelly toilets

The Similarities between the Tories and the Ferengi in Star Trek 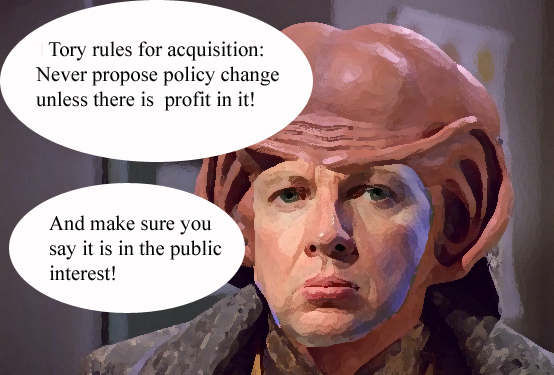 I recently came to the conclusion that UK Tory politicians and Ferengi have a lot in common.   Both are always looking to see what is in it for them, only prepared to support something if it brings them advantage.   Both are defined by their mercantile obsession with profit and trade, but would sell their colleagues down the river if there was a profit in it.