The Big Society and other stupid phrases

Are these catch phrases dreamed up to shift the focus away from the real problem? Let's face it "The Big Society" paints a vaguely rosy picture of us all (in the UK) being better more caring citizens....but by the looks of it won't be funded by anyone and thus will end up in the PR skip of has been politics.

Of course creating a Big Society should start with fairness, common sense and good examples from our leaders and others at the top of society.  But too often the example they set is one that disappoints, makes us wince and even get angry.

Our glorious leader the Prime Minister will be relaunching explaining on Valentine's Day what the Big Society is all about in case we didn't understand.  But I'd like to tell David (well we are on first name terms) that damn straight we get IT...so maybe the speech is for the benefit of the top 5% of our society which clearly don't buy into Mr Cameron's idea.

Surely, in a Big Society, the high flyers in banking should not only not accept their outrageous bonuses but should do 20 hours a week of community work, to heal the wounds they have caused our society.   Perhaps, feeding elderly people in cold houses because they can't afford both food and heat!

Surely in Big Society, local chief executives in city and county councils who have earned £2-3 million over the last 10 years or so should offer to resign rather than fire dustmen, social workers and other frontline workers?

Surely in a Big Society, our overpaid and over rated footballers should give a lot more back to the grass roots of the game.  They all deserve to gain financial security, but £200,000 a week will destroy the game, come to that £100,000 a week is not sustainable.   In a recent landmark case, a pub landlord won the right to buy her Premiership matches via a Greek cable company.  If that result is upheld in European courts and everyone can buy their cable from anywhere in Europe the Premier League gravy train may be over.

We may well have brave, well-meaning volunteers in the leafy south of the country able to keep the Libraries running but what about in the rougher parts of our inner cities?  Who will man the Library in Saltly,Birmingham?

The trouble with a toff like Cameron is he is well meaning but just doesn’t have a clue about how the vast majority of us Brits live...if he did he would shut his mouth and stop being so patronising.

Is another similar catch phrase. If quality time is so much better who are the evil people denying us more of this wonderful stuff?    This phrase was created by our American cousins as a response to the climbing divorce rates in the 1980's.  This phrase was supposed to alleviate guilt if you were a single (divorced) parent or underline your social skills even if you were lazy or a bad parent.   This popular phrase branched out and spawned other derivative phrases such as  "time management, time irregularities and my favourite when under pressure to meet a deadline and trying to concentrate... "In the zone".   The trouble with all of this gobbledegook, is we have to learn what the new phrases actually mean, which is hard to do in this fast paced life when we are so Time Poor.

There was a certain period in my life (when I had money) and thus I did quite a bit of flying by aeroplane.  But my love affair with flying began much earlier when I was eleven on my first package tour to the Costa Brava, Spain.   Back then getting off a plane was called disembarkation, as was leaving a ship.  This word seemed perfectly suitable for what it described and even sounded a little chic.  A new word for a working class lad to savour, yes I was moving up in the world.

Then somewhere in the 1990's, I was getting ready to disembark a 747 and a voice came over the loudspeaker and said, "Please remain in your seats...we will be deplaning shortly".   Well, I was quietly horrified where was the elegance in deplaning?...indeed it sounds like delousing. Not even a proper word but I'm sure if it is used enough it will become one.

Athletes began this next stupid phrase, "I'm gonna give it 110%" which of course we all know is impossible...isn’t it?  The newspaper sports writers have encouraged this misnomer, never to my knowledge has any journalist or TV presenter pointed out that it was physically impossible to give more than 100%.  Even the slightly more intelligent pundits back in the studio felt compelled to use it. Generally speaking, this term is often used by footballers (soccer players) which begs the question, how much effort do you normally give? Perhaps a question for the England football team. 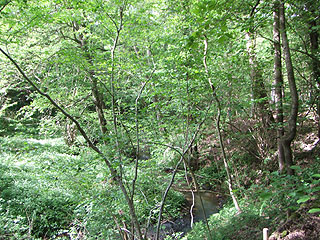 Last Wednesday MP's got there first chance to vote for the proposed sell of UK Forests.

How did your local MP vote on the proposed sell off of up to 15% of the UK National Forests?

There are many people who have signed the petition and even written to their MP's but equally there a are many more who have not.   The people behind this land grab are counting on the British Public being apathetic....have you turned your outrage into action?

For the good people who have signed the petition have you asked your friends and family to sign yet?

This isn't just about a bunch of trees as important as that is......this is about defending the rights of all of the citizens of the UK.  How can anyone party who leads the government at the moment and who only got 32.4 percent of the votes in the General Election sell off something as irreplaceable as ancient forests that belongs to the whole nation?

This not like selling off the oil fields, water electricity or gas because those are commodities.  Our precious woodlands are not a commodity that the Tories can sell off to their buddies on the cheap.

They try to placate us with phrases like "we will make sure the public still have access etc...etc"  but how can the Conservatives sell something it does not own?  Can I come and sell your house and placate you with "we will guarantee you can still live in it?"

My local newspaper The Kidderminster Shuttle is conducting a vote to find out how it's readers feel about the proposed sell off.

They were asked this question:

Should the Forestry Commission retain control of our forests in order to safeguard their future.

96% of people are against this.