Do You Think I'm Sexy? 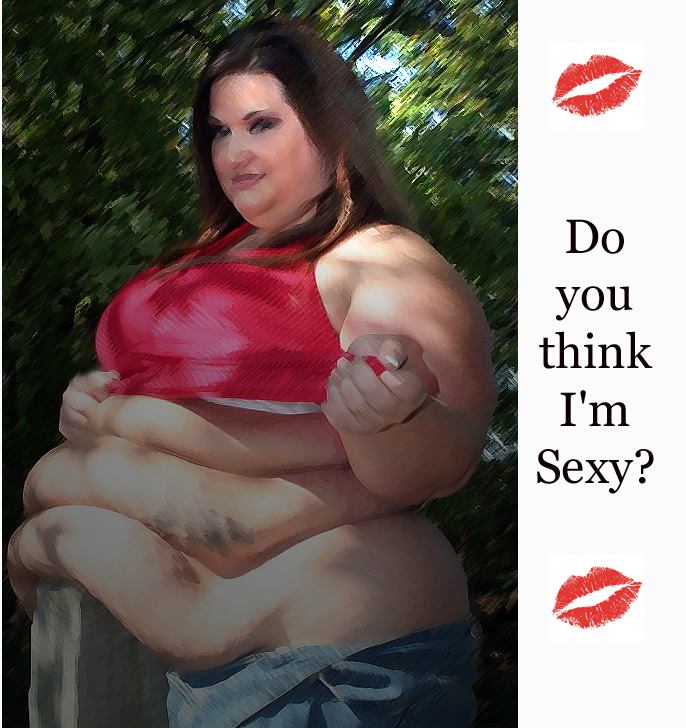 I don’t know about you………but there have definitely been a few times in my life when I felt I didn’t belong. In other words, the people around me have behaved so strangely….I end up wondering whether an Alien invasion had taken place whilst I was asleep. I know, I know……it sounds far-fetched….but what other explanation is there? When so many seemingly normal people do so many boneheaded things.

The phenomenon I wanted to talk about started roughly 2 years ago. Young women began wearing short t-shirts that exposed their tummies. My first few “viewings” were very pleasant because the women in question were both attractive and slim. One morning, however…it happened….the scary thing…suddenly overweight young women started to wear the same short t-shirts and I want to know who is to blame?
Who forces me to watch beached whales and wannabe beached whales shake their undulating rolls of sweaty fat as they waddle down the high streets of the UK?

The fashion designer: Oh course they have to bear some of the responsibility for coming up with the design in the first place; however since they always use skinny super models perhaps they couldn’t foresee how their fashionable efforts would be misused.

Mainstream clothing stores: Surely the shops on our high street must take a large share of the blame, after all, if certain fashions were only manufactured in smaller sizes then I wouldn’t be writing this article.

Tattoo artists and naval jewellery makers: Obviously these two groups would also gain if their art and jewellery got maximum exposure.

Parents: I’m constantly amazed at how little they seem to know about their teenage children, where they go, who they are with. They give a bunch of clichéd answers when referring to their teenagers…”going through a phase”…..”It’s my daughter’s friends who are the bad influence”… “If I buy her clothes she just won't wear them”.
What a cop out!!! Until the teenager starts work and earns their own money the parents have all the control they need…they should regain control by removing privileges when necessary. Nobody said parenting was easy…sometimes love also involves saying no to stubborn kids and following through.

You: It may be your first opportunity at being socially responsible, for goodness sake don’t let us all down. If your about to step out of your house with women who should definitely not be showing off their body please…please find a way to break the news to them…. perhaps by screaming in their ear… “You're gonna scare old men with that!”

In summary
If I want to see fat bellies…I can go to a football match….thankyou.